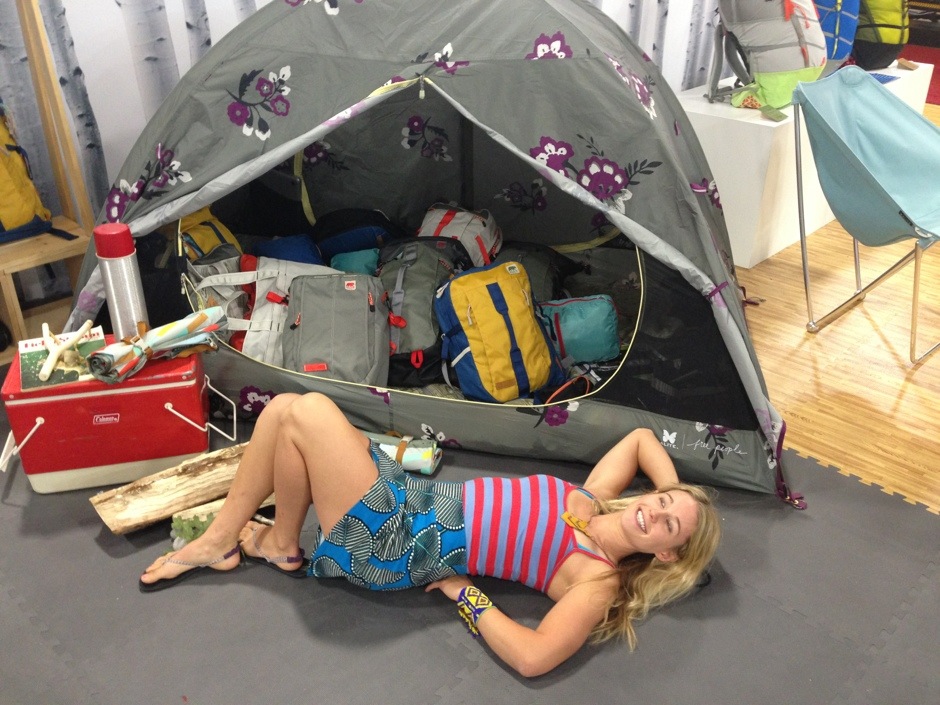 A few things that excite me from summer outdoor retailer 2013

END_OF_DOCUMENT_TOKEN_TO_BE_REPLACED

My GoPro footage from SUPing down a 16 mile stretch of Muddy Creek in the San Rafael Swell of Southern Utah. Thanks to all my friends who helped make this special trip happen.

Over the weekend, I competed in the Reno River Festival for stand up paddling (SUP). Check out my video:

My GoPro footage from the event.

This weekend I participated in the last local SUP race near Salt Lake City. The series, organized by Utah Paddle Surfing, has really brought together the local SUP community from first timers to seasoned racers.

For those of you unfamiliar to stand up paddling, (or SUPing), check out this mini-documentary I did last summer:

I love SUPing because it is a new, fun workout that allows me to get out on the water. I grew up in Minnesota so I always associate summertime with being on the lakes. Now, I can do that in land-locked, arid Utah-and it’s great cross-training for skiing.

At the fall SUP Festival, I competed in the 1.25 mile race, the SUP/land paddle relay race, and the SUP/Land paddle biathlon (the last two events involve paddling in the water and then running onto the land, grabbing a longboard with a stick with a rubber end and paddling on land).

I got first in my 1.25 mile race, our team placed 2nd in the relay and I got first in the biathlon! After that, I presented a short clinic on whitewater SUPing since I have been doing some river SUPing as well this summer.

Here are some shots from the day: 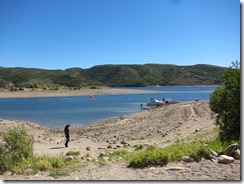 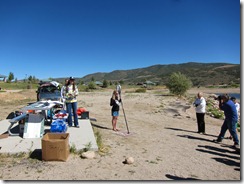 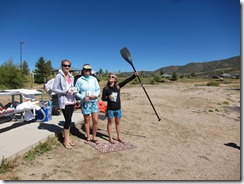 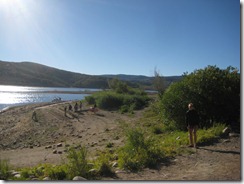 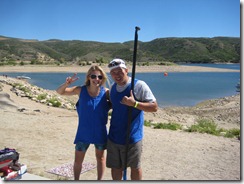 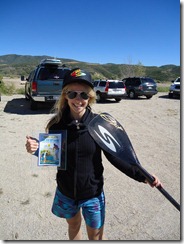 I raced on my new Surftech Lahui Kai 12’6” Mitcho board and took her out on her maiden voyage. The board is light, fast and perfect for paddling the lakes of Utah.

Since we drove from Utah, we decided to spend an evening in Vegas on the way out. We stayed at the Excalibur, but I would highly recommend staying off the strip for much less. It was Forrest’s birthday so we decided to try Mario Batali’s restaurant, Enoteca San Marco, inside the Venetian. 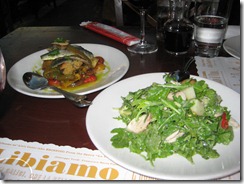 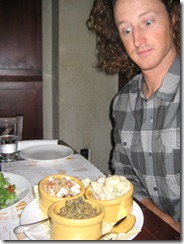 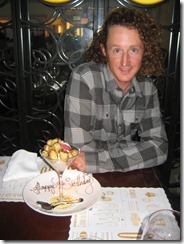 We tried (from left to right) the house-cured sardines and roasted pepper panzanella salad, the octopus, celery and potato salad, the farro, lentils “Alla Toscana” and radish in Bagna Cauda and for dessert, the Fig Fritters with vanilla bean gelato and Morellino Syrup. The food was so different from anything we can eat in Utah – their wine selection is also extensive (but quite expensive). My personal favorite was the fig fritters- ripe, juicy figs deep fried.

The next day, we finished up our drive by going straight to the coast. I had never been to any of the beaches near San Diego and Forrest wanted to take me to Tourmaline, which was a great longboard spot! On our way, we stopped at the French Gourmet to grab some sandwiches for a picnic on the beach. 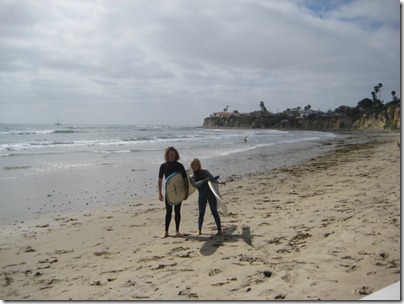 Ready to get in the ocean!

Tourmaline is a great place to catch a few waves and warm up if you haven’t surfed in a few months. The waves are mellow but have enough push to keep you up for some long, fun rides!

Having worked up an appetite, we headed to The Blazin Grill to have some acai smoothies and sweet potato fries.

The next day, we went to Leucadia and started our day off with tropical burritos (filled with eggs, beans and plantains) at Mozy Cafe. Then we went to Beacon’s Beach to surf! The water was so nice and warm – September is a great time to travel to Southern California. 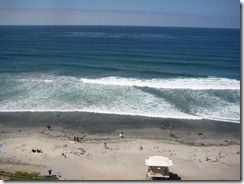 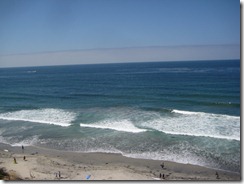 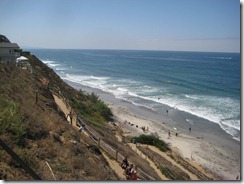 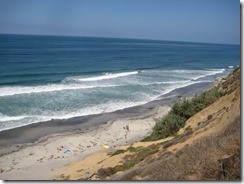 After surfing for awhile, we went to the El Pescador Fish Market in La Jolla to grab a piece of fresh, line local red rock cod to cook on the grill. It was so delicious!

Next, we went to Cardiff by the Sea to surf and camp. The campsites there are some of the most popular and book out months in advance on Reserve America. Luckily, we headed in at 2 pm on a Monday and were able to secure a campsite for the evening. We walked across the street to Cardiff Seaside Market to have a sandwich and grab some groceries. Also be sure to stop by Patagonia’s surf shop in Cardiff to see their awesome selection of fine handbuilt surfcrafts, wetsuits, eco-conscious threads, art Ts, and misc. surf culture fare.

We grabbed some abalone tacos at Bull Taco at the Cardiff campsite (some of the best food around – a must EAT on any trip to Cardiff) and then paddled out for a sunset surf session. 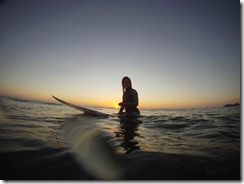 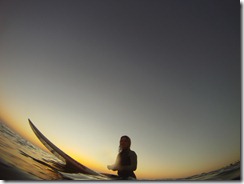 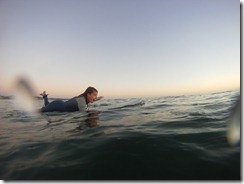 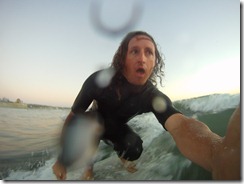 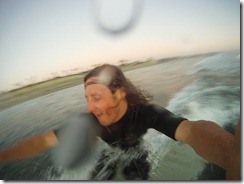 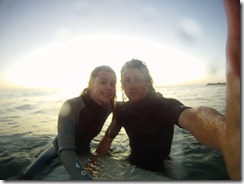 We headed up to Santa Monica to stop by Livity’s store. Have you ever wondered where I get all my super cool summer hats and clothes? Check out Livity Outernational – shop online and get a discount by using code “CAROLINE”.

Livity was founded in 2001 in Topanga, California by Isaac Nichelson. Isaac wanted to, “change the way the world looks at design, update the way we produce things and overhaul the way corporations do business.” He said, “It is time to conduct commerce with a conscience for the sake of our children and future generations.”

The textiles are made from organic cotton, hemp, recycled PET plastic, and Raffia straw. 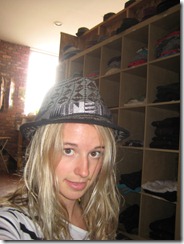 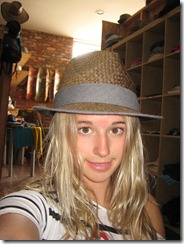 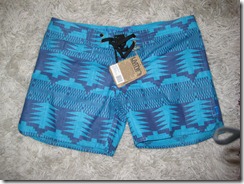 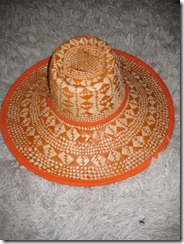 These are my favorite shorts! They are made of recycled plastic and hemp – super breathable and they dry fast too! 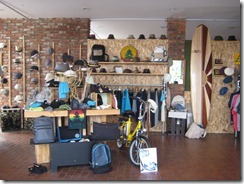 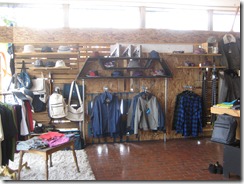 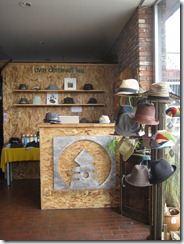 The shop is located off of Lincoln Blvd. near Ocean Park in Santa Monica. Definitely worth stopping by.

We ended our trip by grabbing dinner at one of my favorite restaurants in the entire world, Gjelina, located on Abbot Kinney Blvd. in Venice. It can be difficult to get in there so either make a reservation two weeks ahead or just roll in there around 8:00 and put your name on the list. They will likely tell you the wait is over an hour, so go walk around for 45 minutes and cruise back in there (there is great window shopping on Abbot Kinney). It has worked several times for us!

So that was it! If you are ever need a little ocean vacation time, head down to Southern California and check out some of our favorite spots.