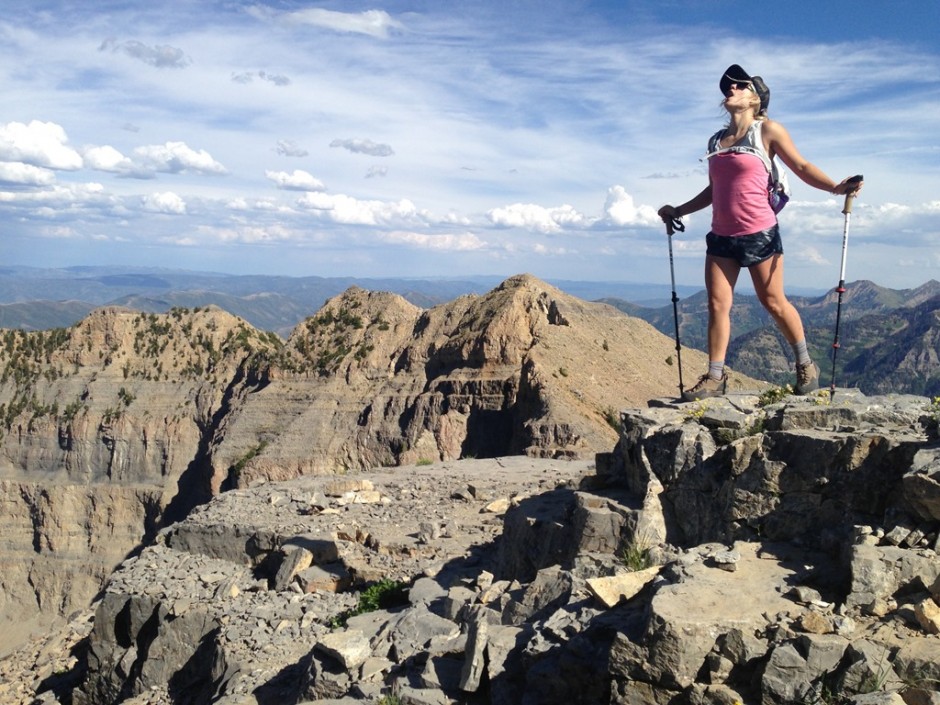 Getting High in the Wasatch: Summer Project to Summit the 20 Highest Peaks

After completing my Chuting Gallery project last spring, I decided to set a summer goal: to summit the 20 highest peaks in the Wasatch. I began my mission around Memorial Day weekend with Mt. Nebo and North Peak and then worked through the rest of the list. Even though I had already summited many of them in the winter, I wanted to revisit them in the summer to really get to know the mountain. One thing that’s rad about the Wasatch is having such easy access to such inspiring peaks. I like to think of each hike as a “microadventure,” instead of trotting off traveling the globe in search of new peaks, I wanted to become very familiar with the peaks in my backyard. This summer, I discovered so many new facets to these peaks (rocks and shrubs), and I have no doubt this knowledge will be advantageous in the winter. After you spend so much time in the wilderness, you have a new relationship with that mountain (sometimes in good ways, othertimes in bad ways…). It’s awesome now to look around at the Salt Lake Skyline and think to myself, “I’ve been up there, I know what that rock is like, I’d love to be there right now… or I’d never go there again…” Every project has it’s highs and lows. There was blood, sweat and tears. But that’s all part of the fun.

Revisiting these peaks opened my eyes to the complexity of the terrain underneath the snowpack. Some days, traveling on snow is much much easier (certainly on the descents…). I will definitely appreciate it when it’s time to shred!

So here’s the list and the dates I summited – One thing you might notice is that I often did several of the biggest peaks on the same day. As I started reading about the hikes, I decided it would be more efficient to link several of them up when I was in the area, thus saving myself several thousand vertical feet of hiking. I hope to have time to write detailed trip reports about these traverses, because they were awesome and so inspiring! Once you get up high in the Wasatch, you see how (relatively) close everything is. Here’s the list (and where I got the list from): 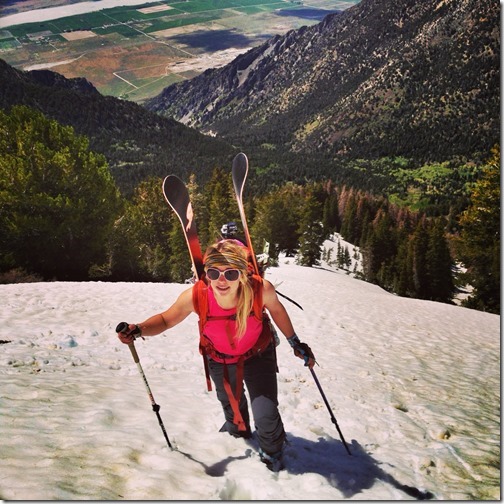 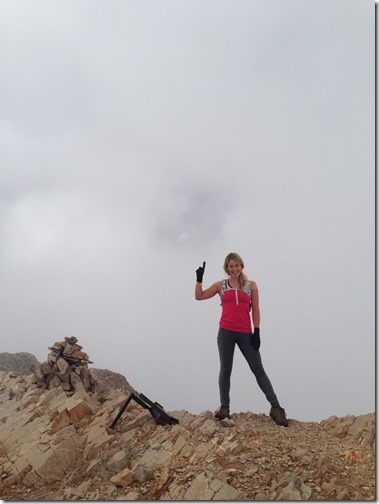 number 1 – highest in the Wasatch!

2. Mt. Timpanogos August 5, as part of the Timp traverse 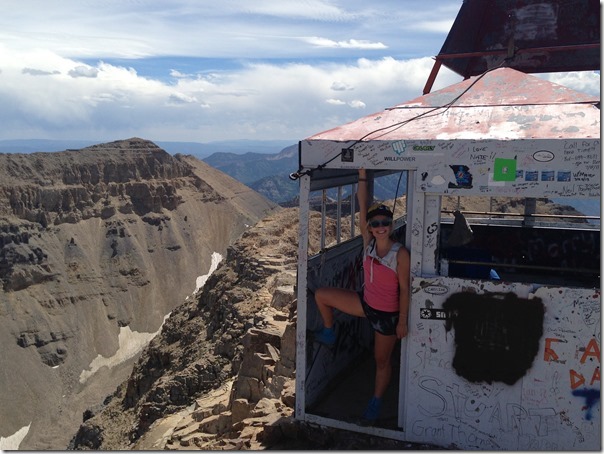 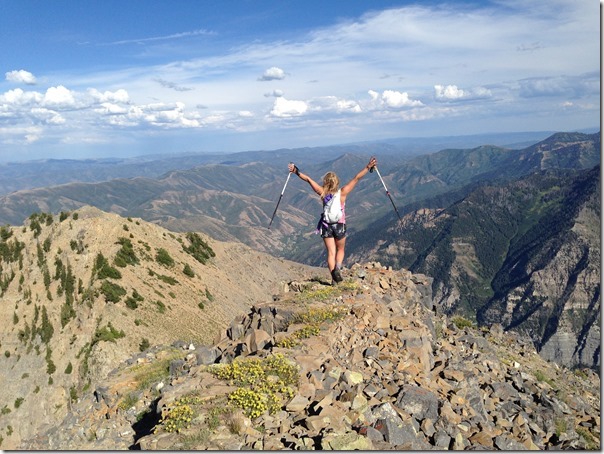 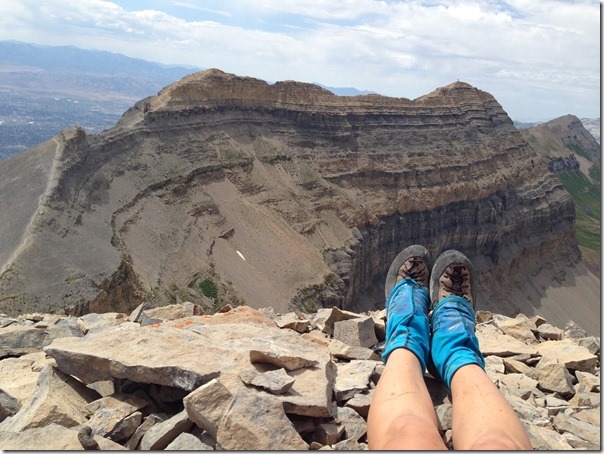 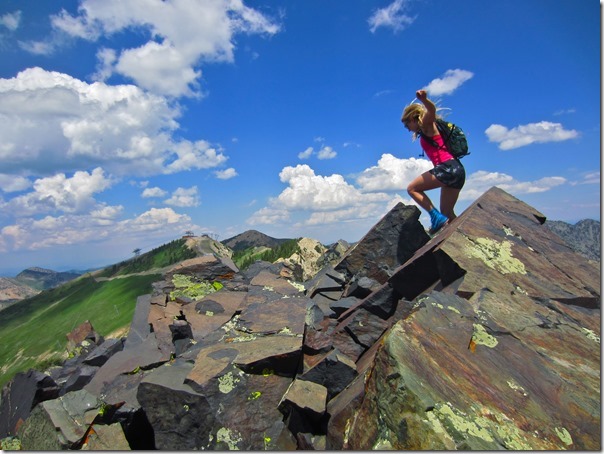 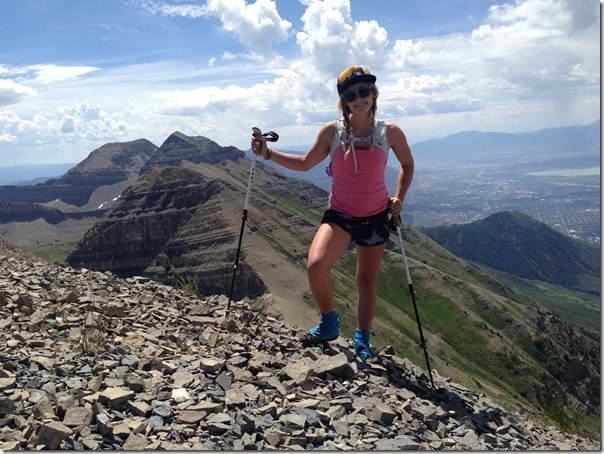 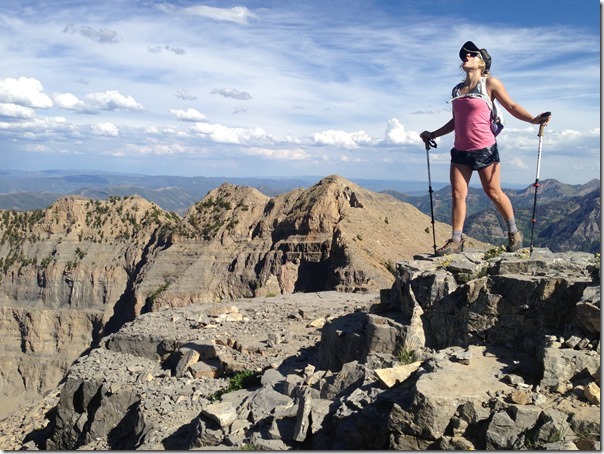 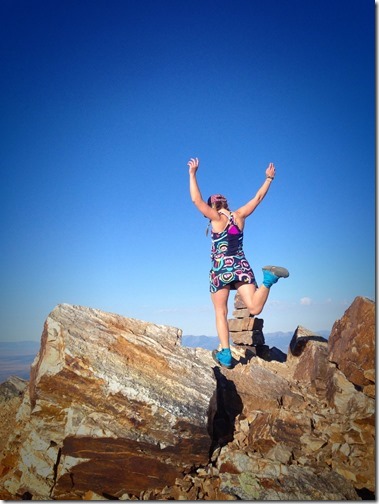 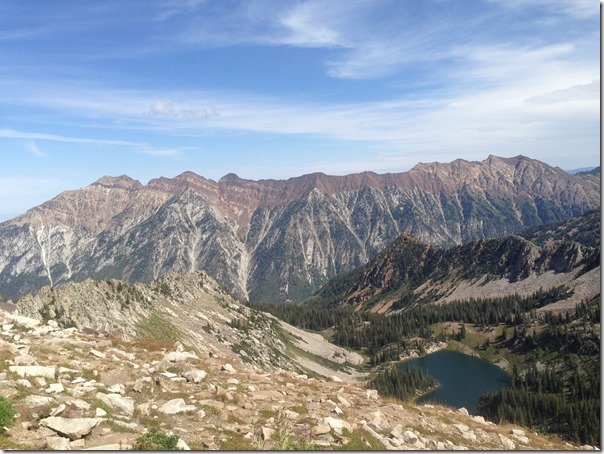 The entire Cottonwood Ridge Traverse starting with the Twin Peaks on the left all the way to Monte Cristo on the right. 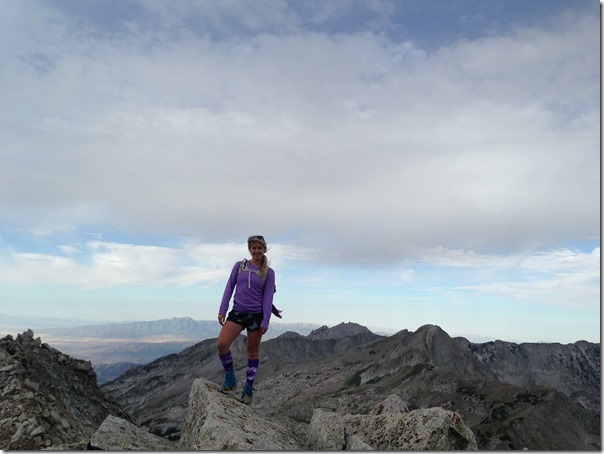 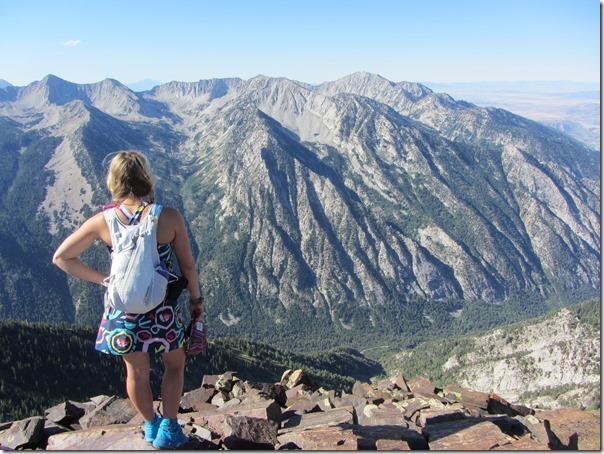 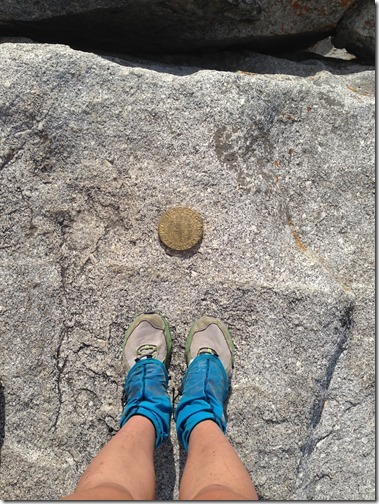 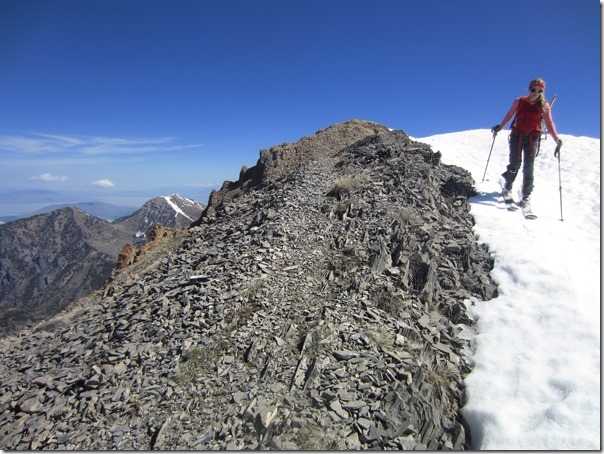 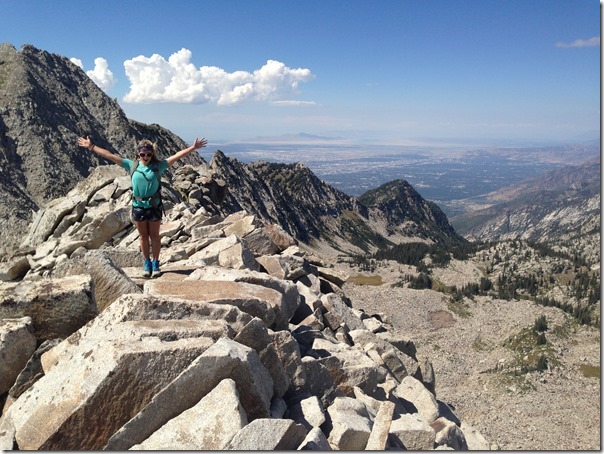 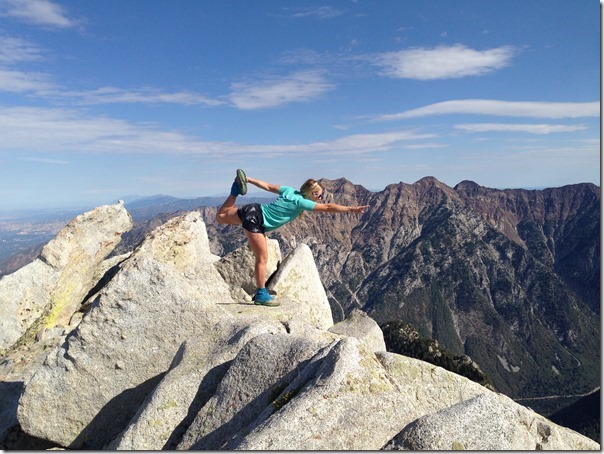 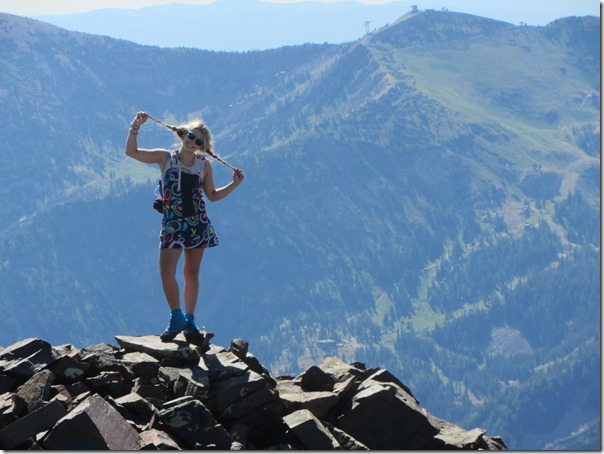 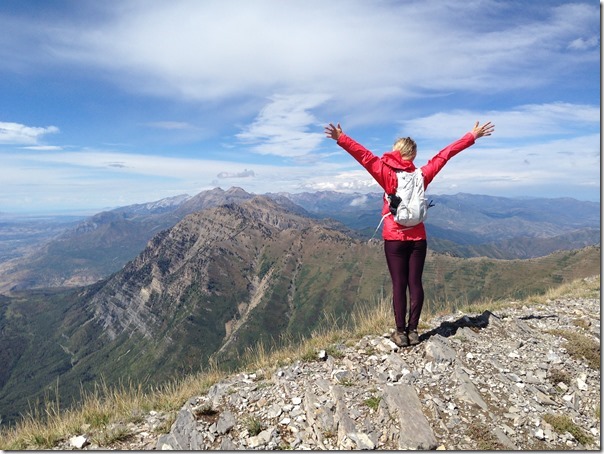 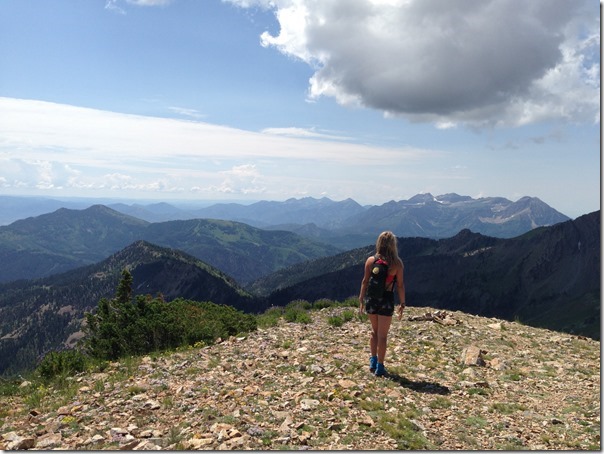 Other fun mountain hikes this summer:

Adam OKeefe from tetonsandwasatch.com – Adam and I started this project together and did 90% of the peaks together. He has been one of the best hiking partners I’ve ever had because of his ability to suffer without complaining, get up well before dawn to commence hiking, his food and water sharing and overall cheery disposition in the face of doom and impossible situations. I call us the “dream team” because there is no objective too big. We come up with the most ridiculous ideas and execute them with efficiency and awesomeness. 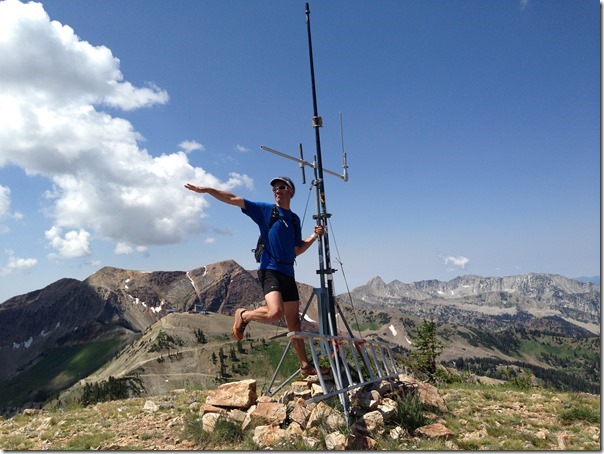 Brooke Gaynes – for doing the first part of the Cottonwood Ridge Traverse and providing us with much needed stoke, pizza and gatorade! Thank you for helping us make that happen. And for taking a chance and doing Mt. Nebo with me when there was an 70% chance of rain and thunderstorms. You make the sunrise even brighter and I can’t wait for more mountain adventures with you! 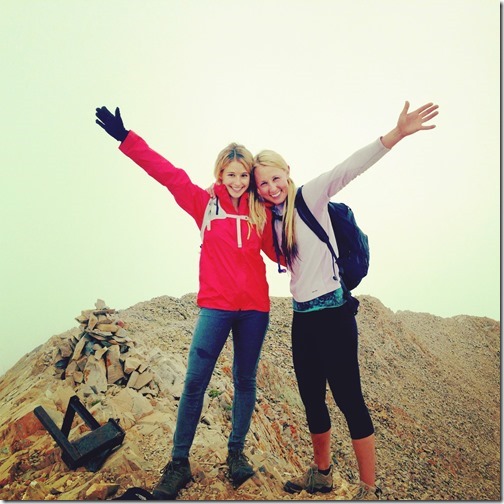 John Gaynes – for coming on Mt. Nebo and finishing the project strong!

Forrest Shearer – for finishing the project with me – for hiking in the pouring rain for an hour at the beginning of our Provo Peak day and for taking another chance on Mt. Nebo with a questionable weather forecast. I’m glad you were able to work on it with me! 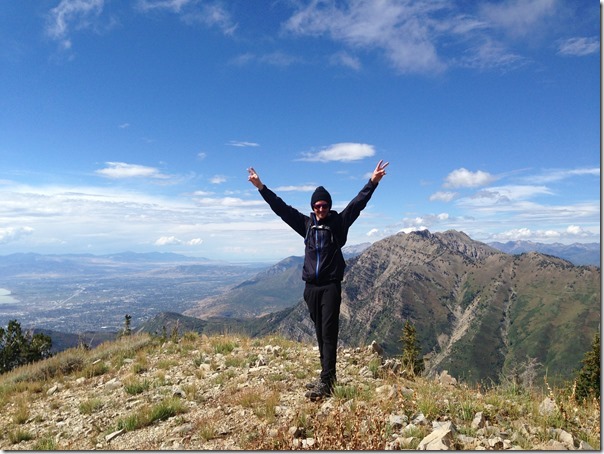 And thanks to all my sponsors for their awesome gear:

Let me know if you have any questions about the hikes! Happy adventuring!