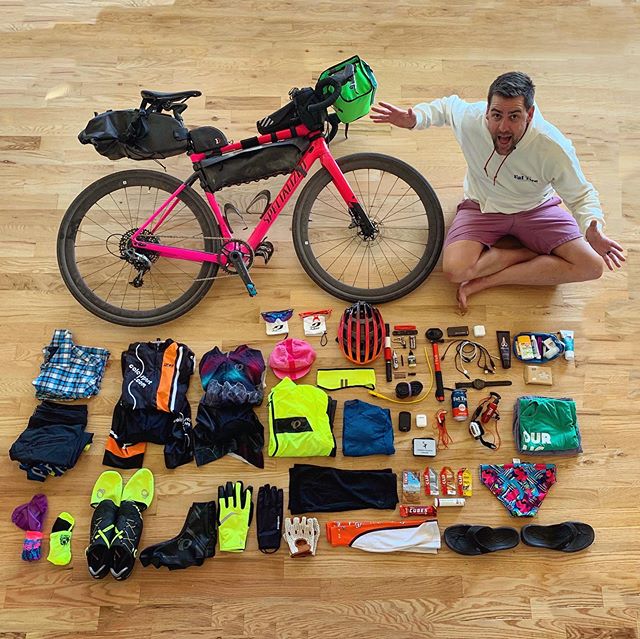 Behind the excitement in @rob.lea’s eyes is fear. We are leaving right now for Anacortes, WA where Rob will start his ride across the country on Friday, August 30. This is the final leg of his self-created #ultimateworldtri and #triforequality. ⁣⁣⁣As far as the route goes, he will generally be sticking to what’s called the northern tier route. Rob will start by riding through the North Cascades then head for Glacier National Park. After that, it’s due east to Fargo followed by Minneapolis and a stop in my hometown, Rochester, MN, before he heads to Chicago, Cleveland, New York, Hyannis Port and then the ferry to Nantucket. ⁣I will accompany him for the first week or so before I head back to Utah to do a talk at the University of Utah September 9, and then head to Washington DC to lobby with @protectourwinters. I will also be doing a talk at @patagoniadc September 14. ⁣⁣It should take him until the end of September. It’s approximately 4200 miles/6760 km which means he will have to average over 130 miles/209 km a day. ⁣⁣⁣That’s a daunting task because he’s barely had time to ride at all this summer between Everest, his English Channel crossing and our wedding! This is not going to be a gimme. ⁣⁣Stay tuned for tracking info!⁣ Go Rob! ⁣