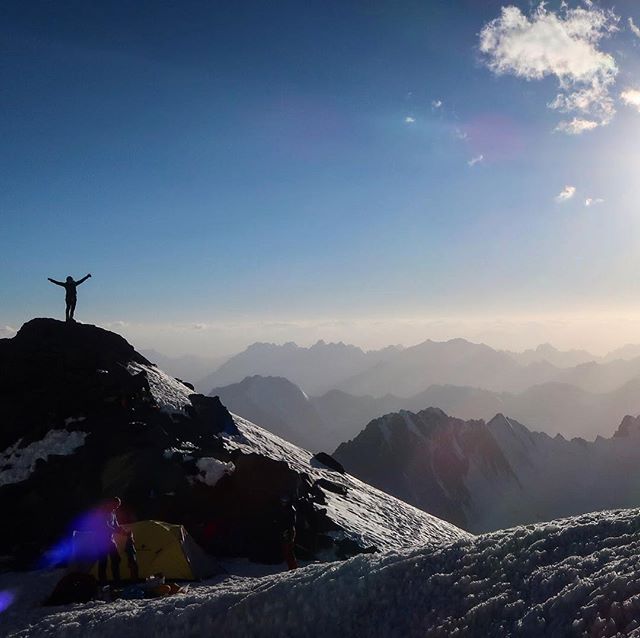 As I was preparing for Cho Oyu, I was filled with inspiration when I heard the news that Hanifa Yousoufi became the first female Afghan climber to summit Mount Noshaq, Afghanistan’s tallest peak (7500m/24,580’). The story became even more personal when I found out my friend, mountain guide @emiliedrinkwater, helped support Hanifa in reaching her goal.From Emilie: “It takes determination and strength of character to rise above war, oppression, and Taliban influence to turn yourself into a climber and become the first Afghan woman to reach the summit of the country’s highest peak, Mt Noshaq. Our small, multi-national team was there to support Hanifa Yousoufi during this historic climb, and while this was one of the harder more dangerous things I’ve ever done, I’d trade it for nothing. I left Kabul amid rocket attacks and increasing instability. I’m lucky that I can leave (despite a love and fascination with this country) but for Hanifa and all my Afghan friends, know that I’m thinking of you and hoping for great security (and more climbing!) in your future.” ⠀⠀⠀⠀⠀⠀⠀⠀⠀⠀⠀⠀When I talked to Emilie about why Hanifa wanted to climb the highest peak, she said it was because that’s where she felt most free. It’s something that every outdoors person can relate to. That is why I feel so strongly that we need to make the outdoors more inclusive so everyone has the opportunity to feel that sense of freedom. #MountainsAreForEveryone Happy belated #DayOfTheGirlPhotos by Emilie Drinkwater and Vibs Sefland.