It has been called the most difficult team’s race in the world. The Patrouille des Glaciers (PDG) covers over 13,000’ (4000m) of ascent and 36 miles (58 km) through technical, glaciated, alpine terrain, organized by the Swiss military as a training exercise to make sure soldiers are prepared to patrol the mountainous borders of the country.

What did I get myself into?

We were heading into the coldest, darkest part of the night as we approached the top of the first climb. My hands and feet were starting to lose feeling. It was hard to tell the difference between the trail of headlamps up the mountain and the bright stars, under a new moon and dark, night sky. The climb was relentless. We had been going for four hours, ten miles (16k) and almost 7,000’ (2133m) and I was huffing and puffing as we approached 12,000’ (3657m). My team and I were roped together navigating the course and I was grateful to be close. We were on skis with skins and it was steep and icy. Just when I thought we were topping out, there was another false summit, and I had to dig deep to find the courage and energy to continue.

Given my track record for endurance on skis, I thought this race would be easier than it was feeling. But in the US, especially in Utah, there are very few mountains where you can climb up 7,000 continuous feet (2133m) without stopping. I was fit as a fiddle by Wasatch standards, but the Swiss Alps represented a whole new challenge.

Finally, we topped out and were greeted by soldiers and some of our friends from the Swiss ski brand I am sponsored by, Movement skis, who roped me into doing this race. Our friends fed us sugary soda and candy. They helped me put my jacket on. They were volunteering to come out here in the middle of the night, to wait at the top of a cold, windy mountain at high altitude, to help us. Thinking about their sheer generosity still amazes me. Race day brings out the most radiant expressions of the human spirit – I love the random acts of kindness and the way it brings us all together.

For much of my career as a mountain athlete, I didn’t understand racing. I thought, I go to these remote places in the mountains to get away from people. Why would anyone want to do a race with so many people? I worried about the environmental impacts of races. The erosion from so much foot traffic. The carbon emissions from the helicopters that stocked the aid stations at the PDG.
But in those moments, where two random strangers climbed up a crevasse ridden glaciated mountain in the middle of the night to give us aid – food and nourishment and encouragement – I understood what it was all about. It made sense to me. That having a race that exposes people to these places gets them to be fierce advocates to protect these types of experiences. To be good stewards. And as far as the carbon goes – the Swiss military was going to burn that carbon in the helicopters to do their training exercises no matter what. Why not provide a benefit to the people and give them the experience of the race? Why not celebrate their national pride?

The PDG happens every two years and the iconic course covers parts of the Haute Route. It’s a single day event where racers start in waves in the middle of the night to avoid the dangers of avalanches and falling into crevasses that come with daytime heating in the springtime.

My background as an athlete isn’t in racing. I considered myself more of an adventure focused ski mountaineer, wanting to explore places off the beaten path that take technical expertise and endurance to reach. After doing this for several years, I was left at a decision point in my career. Do I keep pushing the boundaries of trying to ski steeper and steeper lines, where a slip or fall ends in death? Or do I find another focus? I was delighted when my ski sponsor asked me if I wanted to compete in the PDG this year. I had secretly been intrigued by skimo racing. I had never had the confidence to pursue it before. With the sponsor putting together my team and providing the equipment, I had a chance to explore a part of my sport I may have never delved into. It was a way for me keep progressing, to keep finding my edge, without taking on more and more risk.

So, I got the skinny skis. I adopted the equipment of skimo racers – the packs with quick carry, the cross country inspired poles, the lightweight, breathable helmet. And I put my mind to training all winter, logging as much vert as I could, week after week. I was focused and determined. And the PDG was my goal. I competed in a 3-day skimo race at the end of February – US Nationals – and my teammate and I took first place in the female team category, and I took second place in the combined. I felt it was good preparation for the PDG.

I was wrong. After the first climb, we had to ski 7,000 ft down in a single descent, roped together. Again, it is difficult for an American to train for a ski descent of this length because there are few places in the lower 48 where you can consistently access mountains that are this long. By the end of the first climb and descent, my legs were hurting. The skiing was steep, icy and technical. It was chaotic – our team was strongest on the downhill, so we were passing many teams. I was worried our ropes would get caught.

Once in Arolla, it was a relief. We were back at a more normal altitude and we took some time to refuel and warm up. I was relieved that the coldest parts of the course and night were over with. We were halfway done, and I thought we would breeze through the rest. I was wrong. We started climbing again, and the snow was frozen and the terrain grew steeper and steeper. People were falling on their skins all around. You had to have perfect technique. The course was relentless. Where it wasn’t steep, the terrain was rolling. Sometimes, it was unclear whether to skin or skate. My teammates spoke French as their first language and communication was difficult. Being the lone female, I felt an added pressure to perform. Spending time in Zermatt prior to the race, I felt frustrated by some of the local’s and their perceptions of me. No one believed that I was going to do the long race. In the pre-race meeting for the long race, there were very few woman (I estimate fewer than 5% of the competitors were women – more women compete in the shorter race that covers half the distance, but it’s still under 20% female). I had just met my teammates and I couldn’t help but feel like an outsider. Competing in a team of three adds an extra challenge. Two allows for more nimble teamwork. Three is a crowd and when you aren’t in sync, it can be mentally very challenging.

My boyfriend, Rob Lea, an accomplished triathlete, shared with me some of his race day wisdom. He said on a big race like this, you only have a certain number of matches. You want to be mindful when you burn a match. Being on a team of three, it was difficult to pace myself properly. I felt we went out too fast from town (the race begins in downtown Zermatt and you run in ski boots or running shoes for one mile on the cobblestone street before getting to snow-I never get blisters, but I did get blisters from running on this surface in my ski boots in the warm temps). There were times when I didn’t use my energy efficiently. And the fatigue of traveling through Europe for the 3 weeks leading up to the race didn’t help. The week of the race, I spent too much time on my feet in Zermatt. Hauling my large duffel bag to the race start was a chore. Doing this kind of race is crazy, it was even crazier to do it internationally.

As the night turned to day, I started to see a bigger picture of the race, and it was unbelieveable, how many competitors were marching up and down these huge mountains, like a line of ants. The best parts were all the spectators who came to cheer us on and the support of the soldiers at the aid stations! At every pass, and every transition, there were soldiers stationed to make sure people were ok, not too delirious or sick. When it was time to put on sunscreen, a soldier doled out the perfect amount of sunscreen into my hand. They refilled water bottles. Skimo racing is a big deal in Europe and I’m so grateful I got to experience it.

Once the sun came out, it started to get so hot. The race suit performs well in most conditions except on the extreme ends – if it’s too hot or too cold, it leaves you desiring layering options…

As we got to the Rosablanche, I started to run out of energy. I’d burned too many of my matches earlier in the race and I was out. My teammates families started to greet them at different passes and I started to get emotional that I didn’t have any family or friends there. I could feel myself starting to spiral into a dark place. I cried. I tried to rally.

Luckily, my teammates helped. They stuck with me. We worked together. The descent into Verbier was again one of the longest ski descents I’ve done. My legs were screaming. I had to focus on engaging my core. I was worried I was going to crash and tear a ligament. When we crossed the finish line, I’ve never been so relieved. I was bawling. I called my boyfriend (even though it was three am in the US) and my mom. I was in disbelief that we actually finished.

Overall, we finished the race in 12 hours and 9 minutes. There is no division for mixed gender groups. We came in 49th in the men’s division, which is a respectable time for first time finishers as a team who had met a few days prior to the race. We finished an hour later than our estimated time (tip: always over estimate your time the first time doing a race) and I felt that being at the back of our pack in the beginning was difficult for morale. There are dozens of things I learned, that I would’ve done differently or improved.

And that was the whole point. I was so far outside of my comfort zone, completely vulnerable to a new experience. I pushed myself to do something differently. And it felt I grew by leaps and bounds, mentally and physically. Growth is usually uncomfortable. The end of the race also made me intensely homesick. By being homesick, I appreciated my partner, my friends and family so much more when I was reunited with them.

A huge thank you to my team mates, Eric Gachet and Aurelien Ducroz, to my Movement skis team manager, Vincent Bardy, and to everyone else who volunteered to make the race a reality.

Would I do it again? Absolutely. As a matter of fact, I’m planning to do more skimo races. But first, I am raining to run my first ultramarathon and to compete in an endurance bike race. Stay tuned… 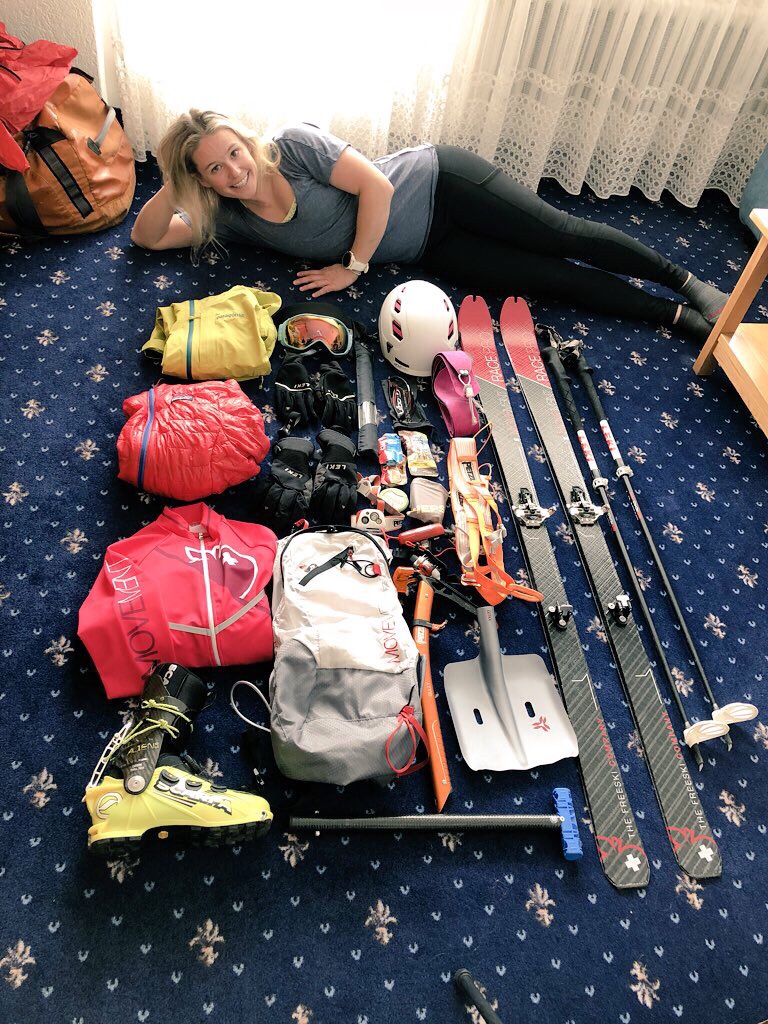 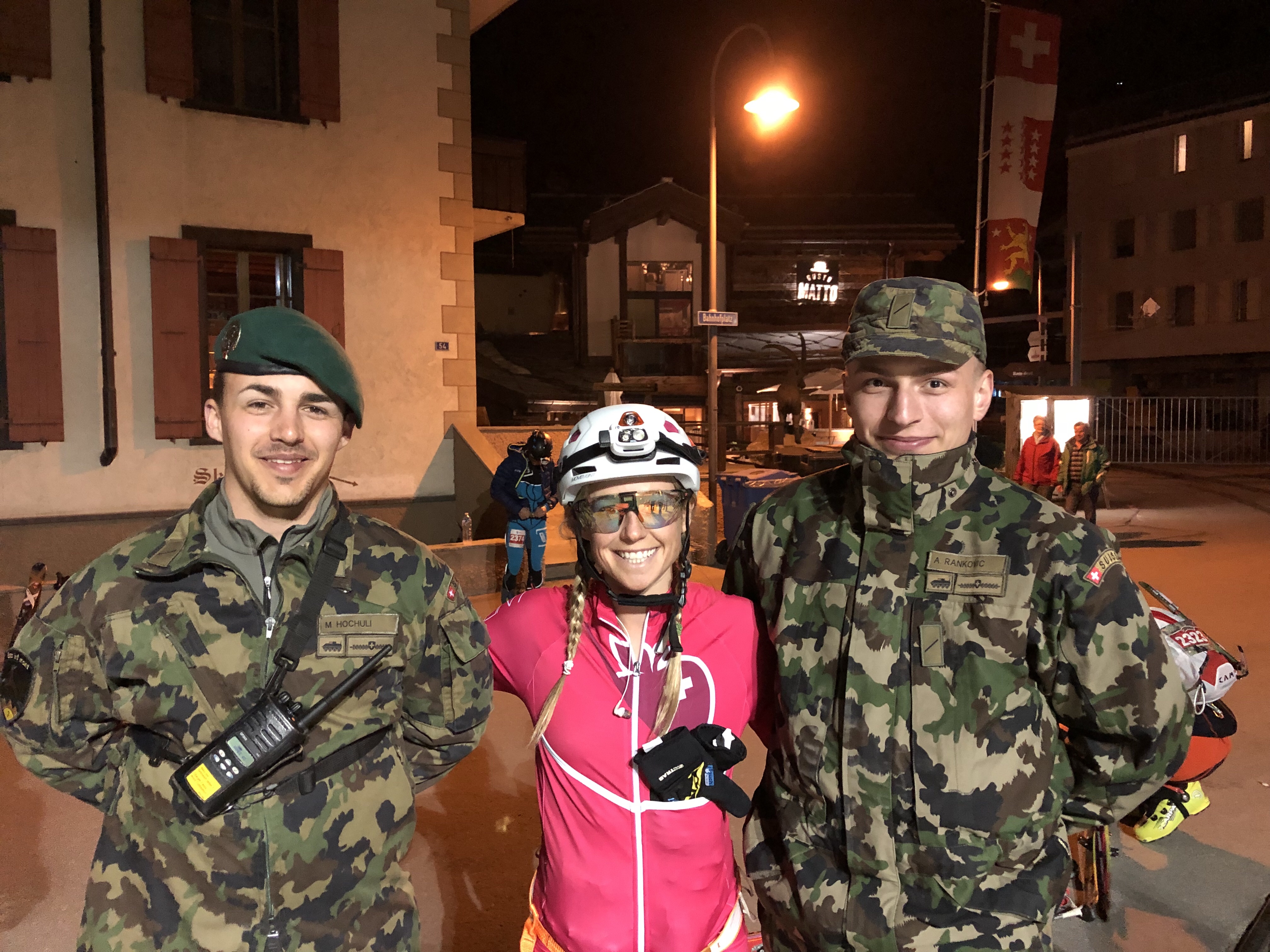 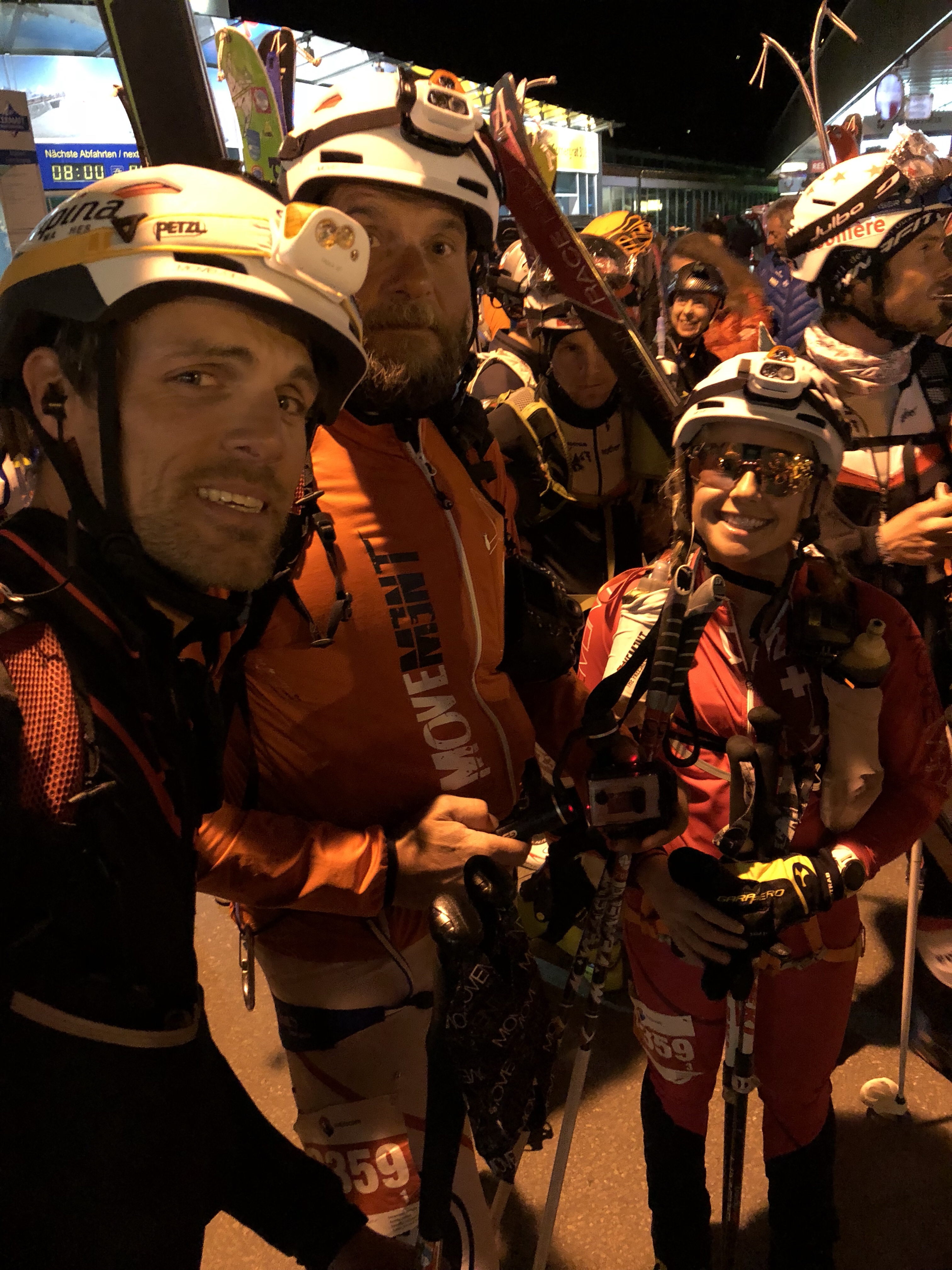 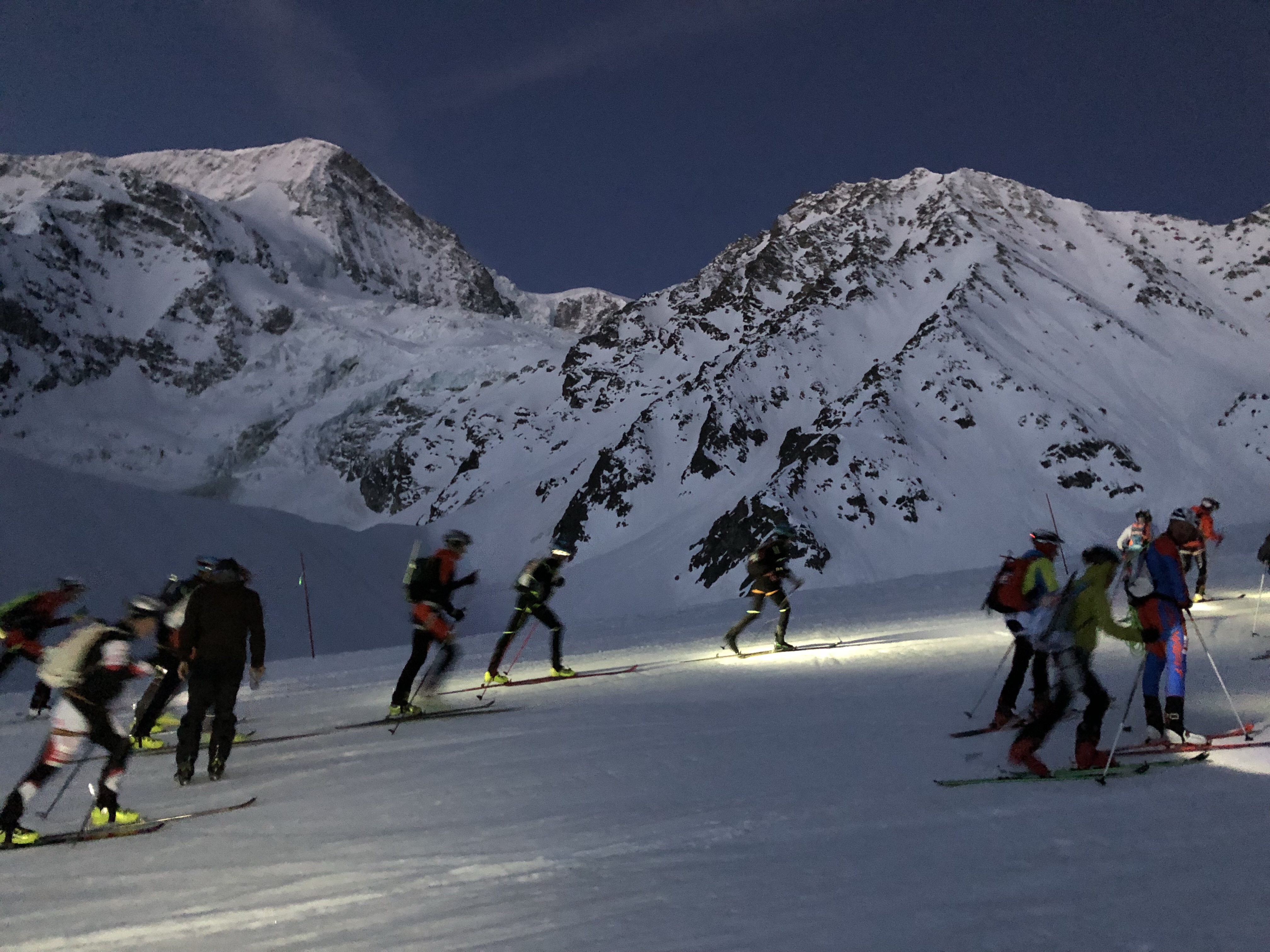 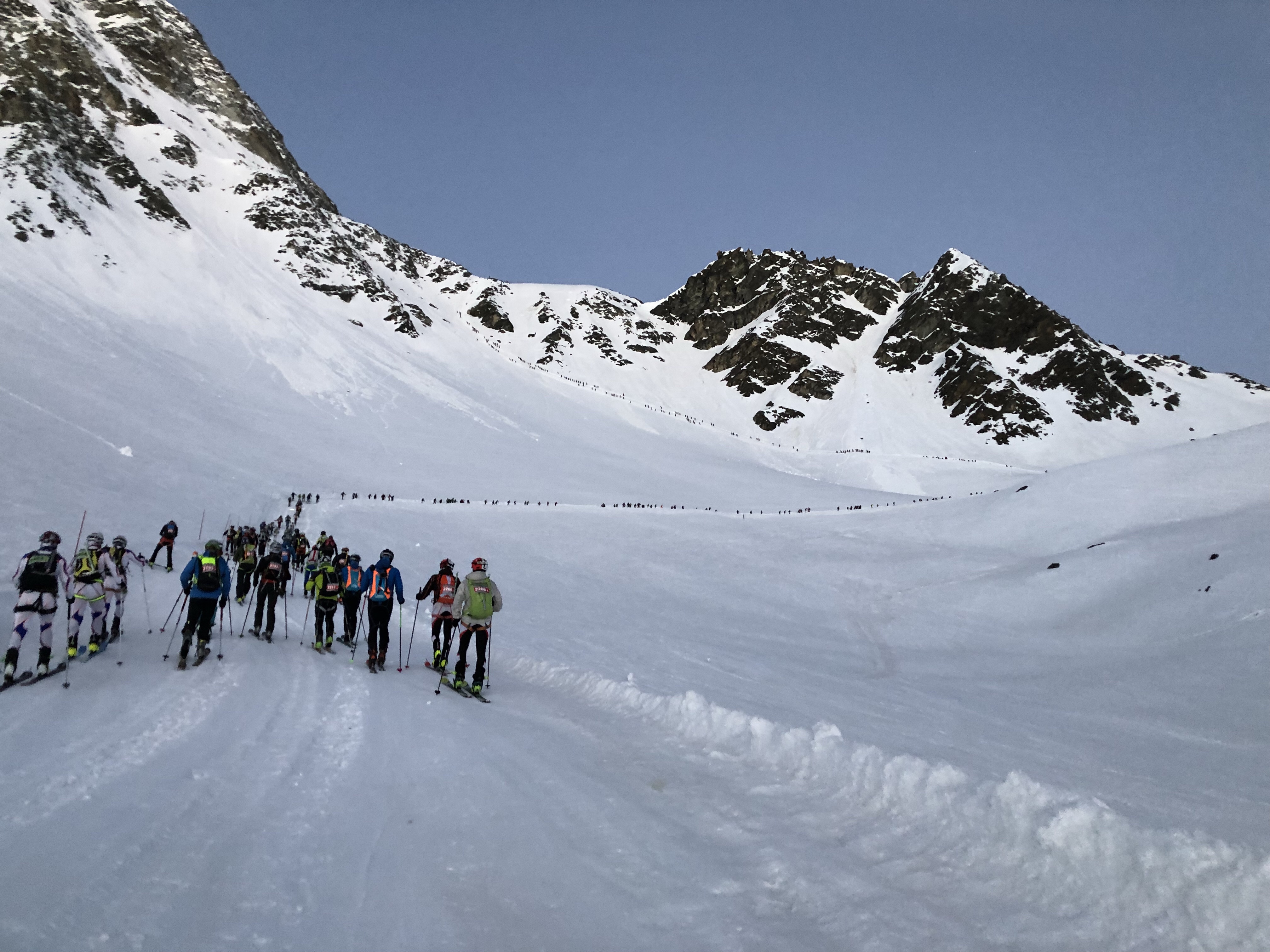 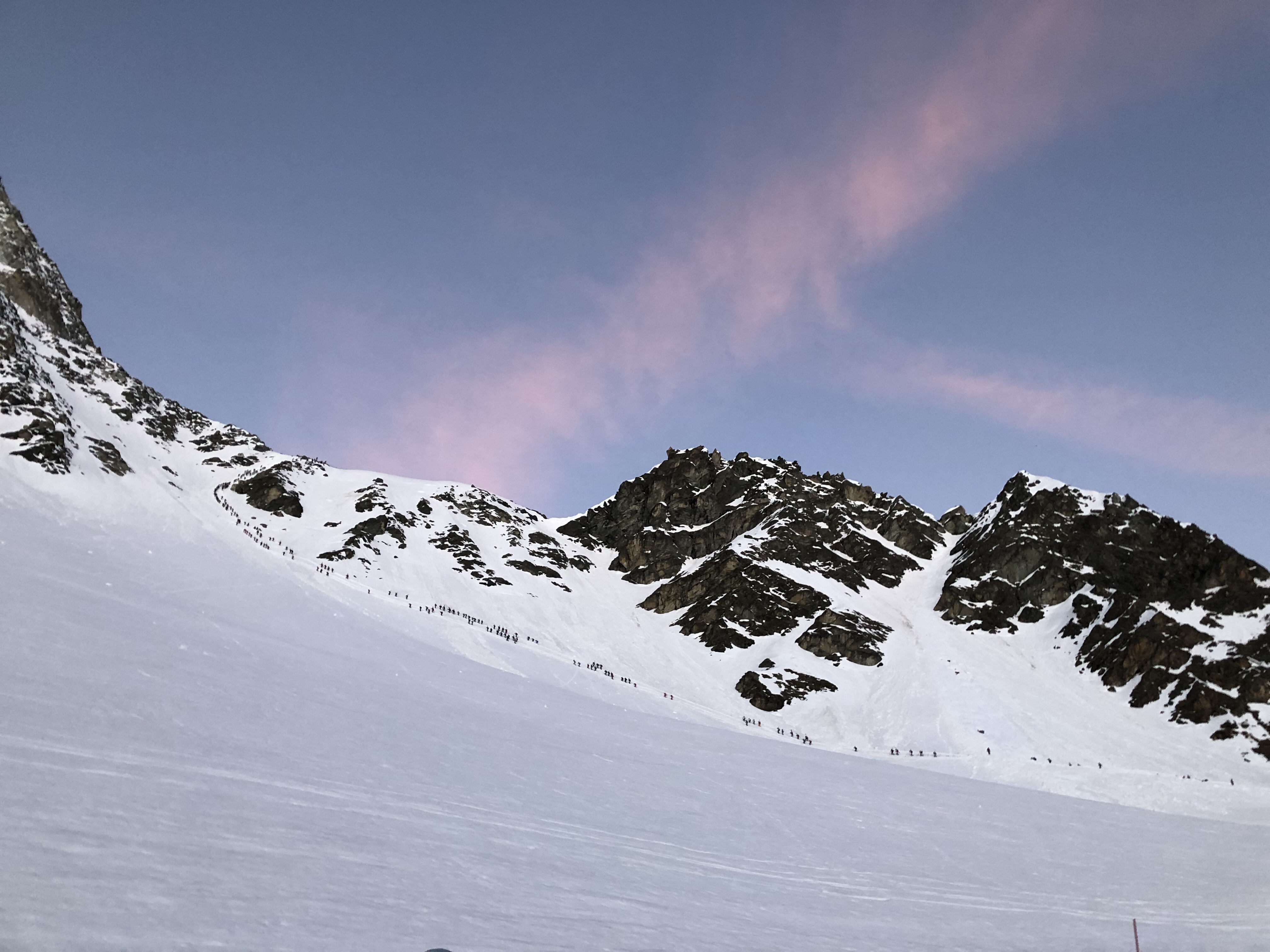 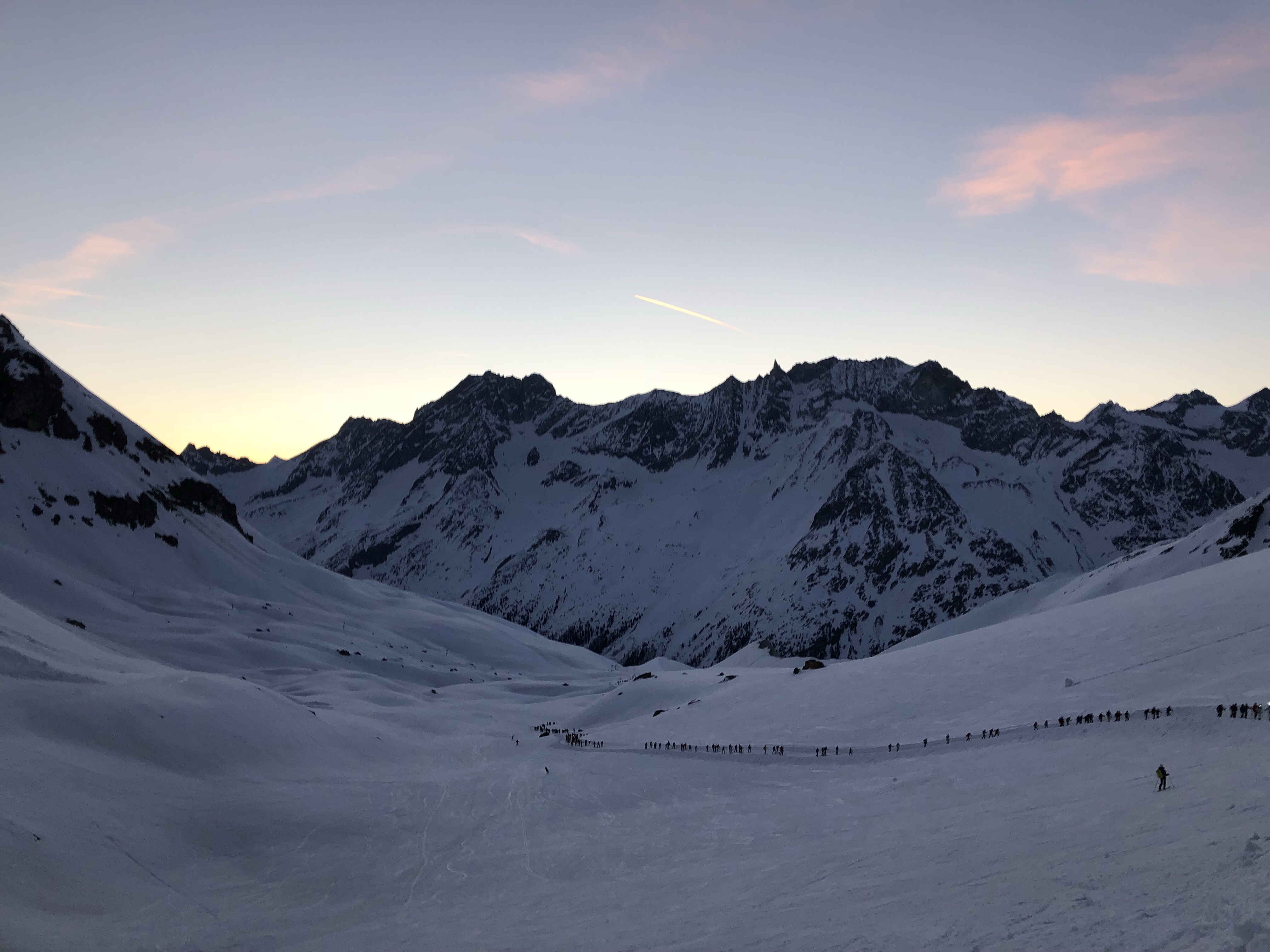 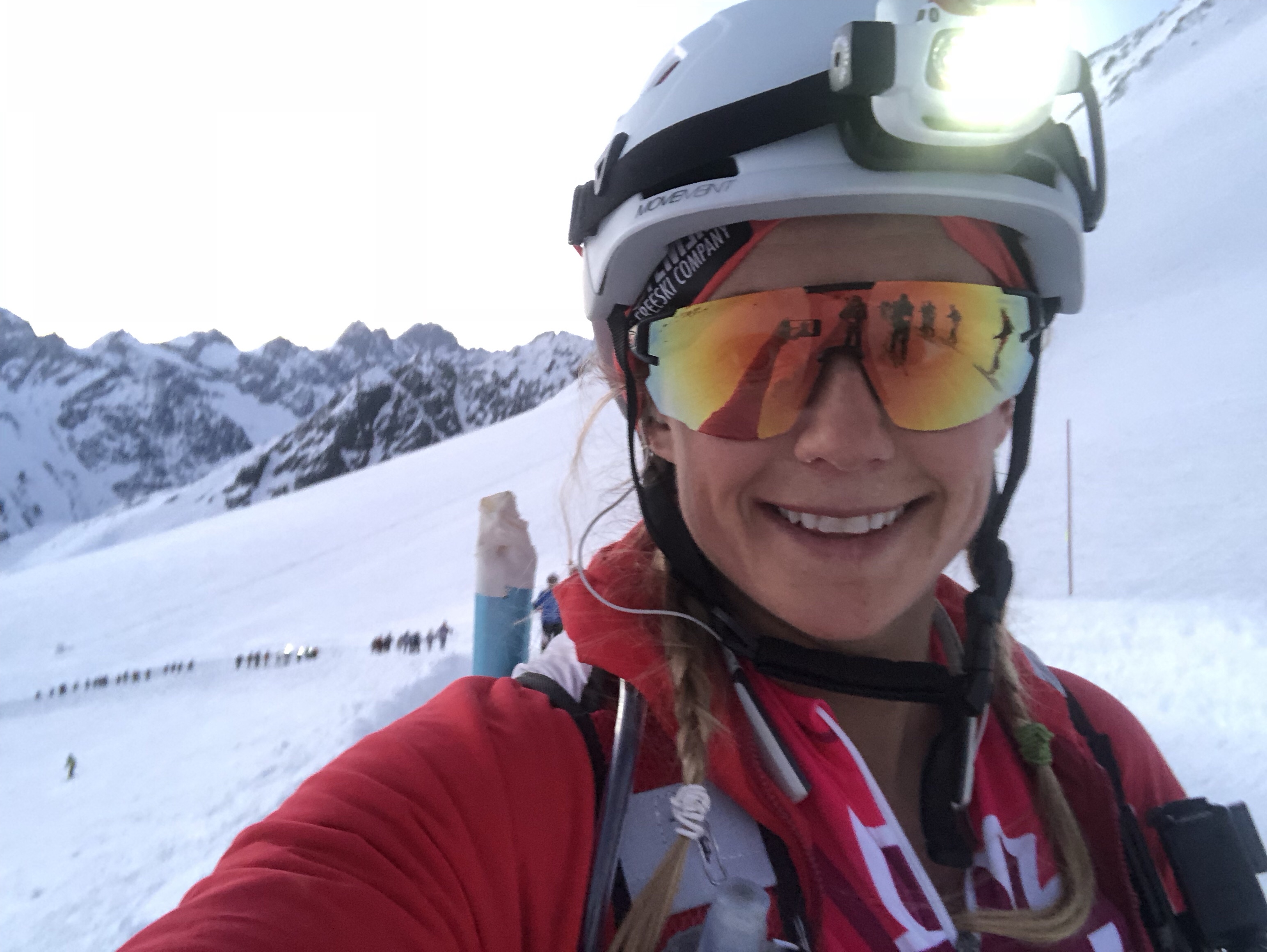 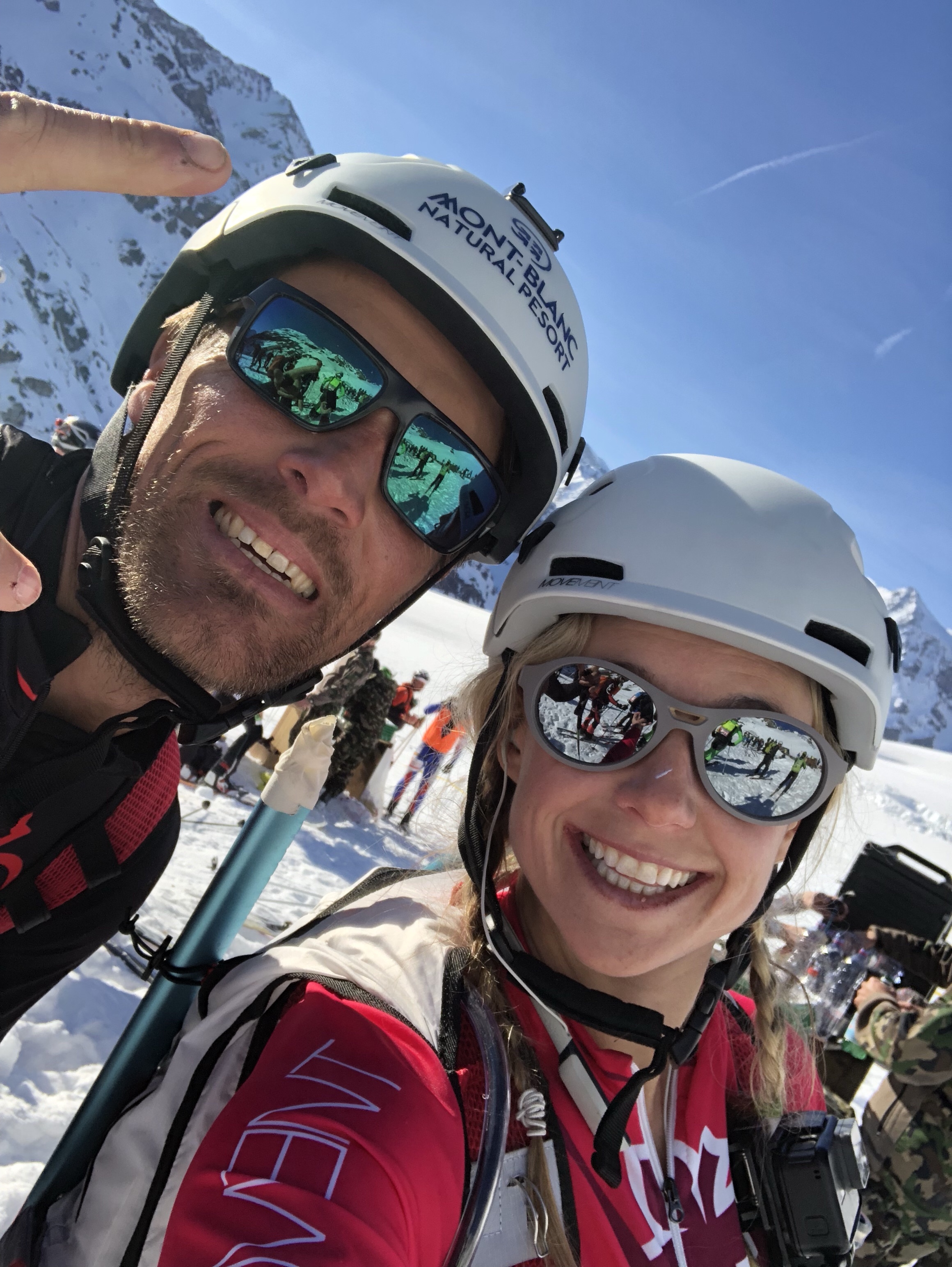 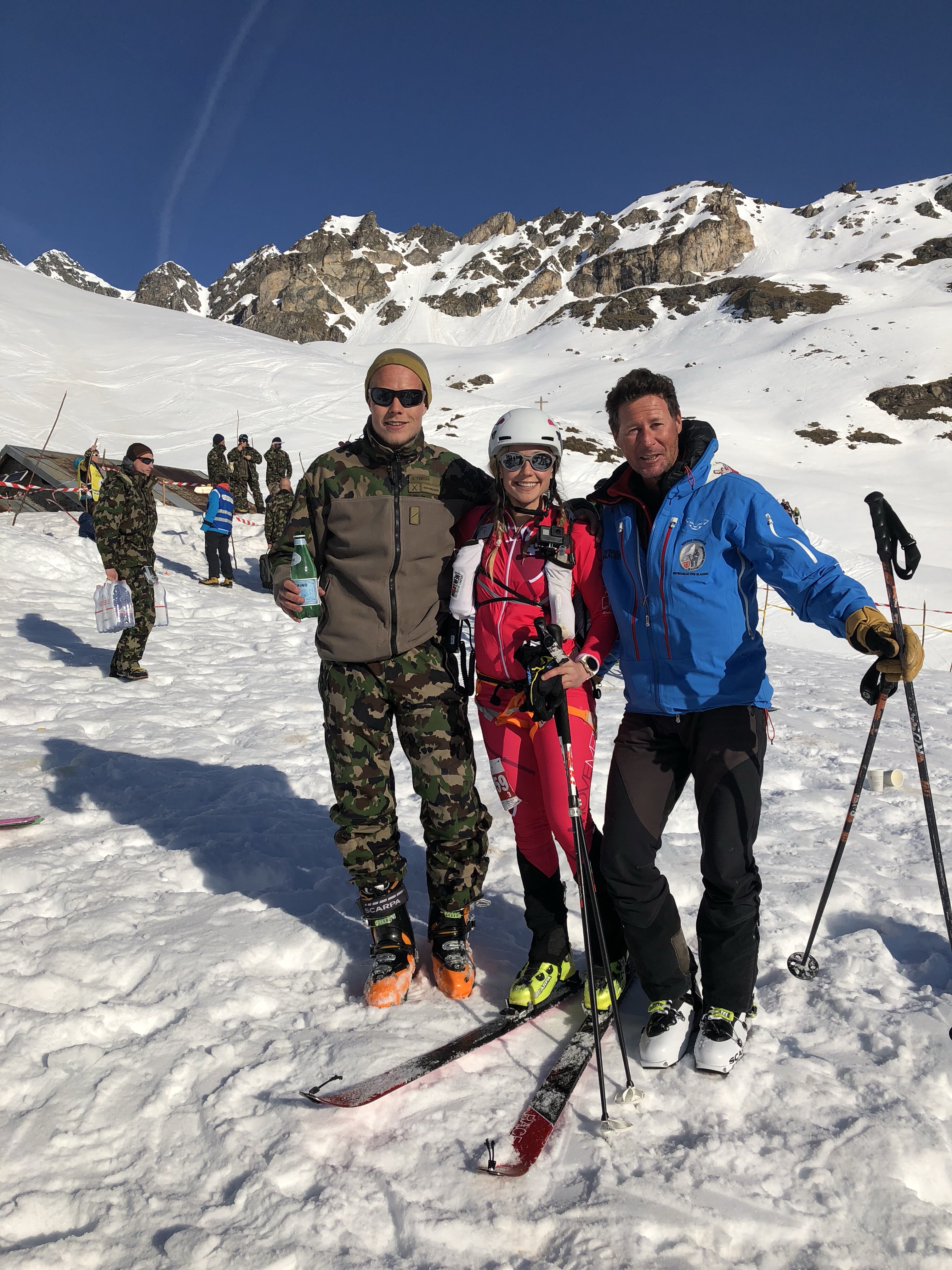 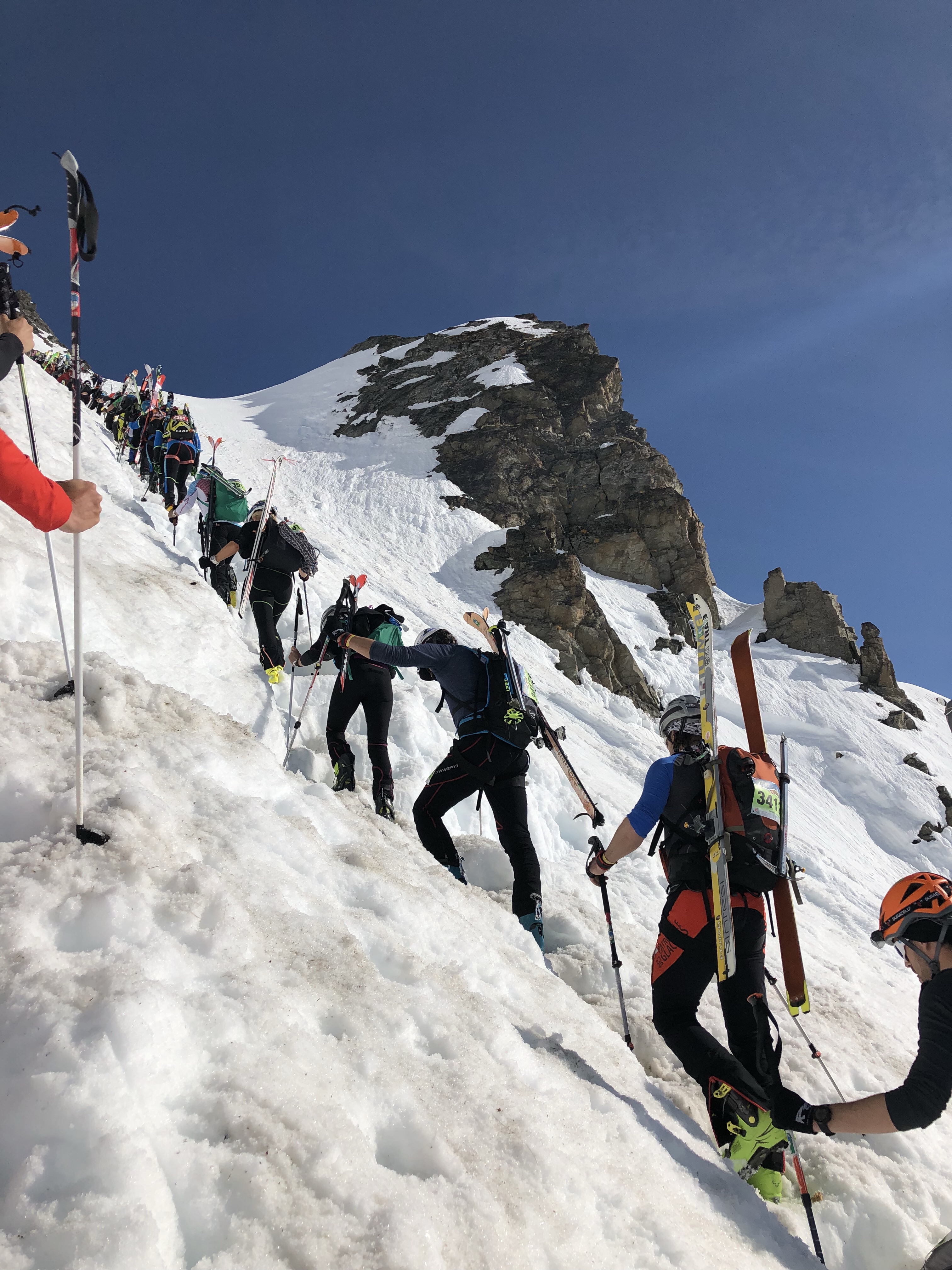 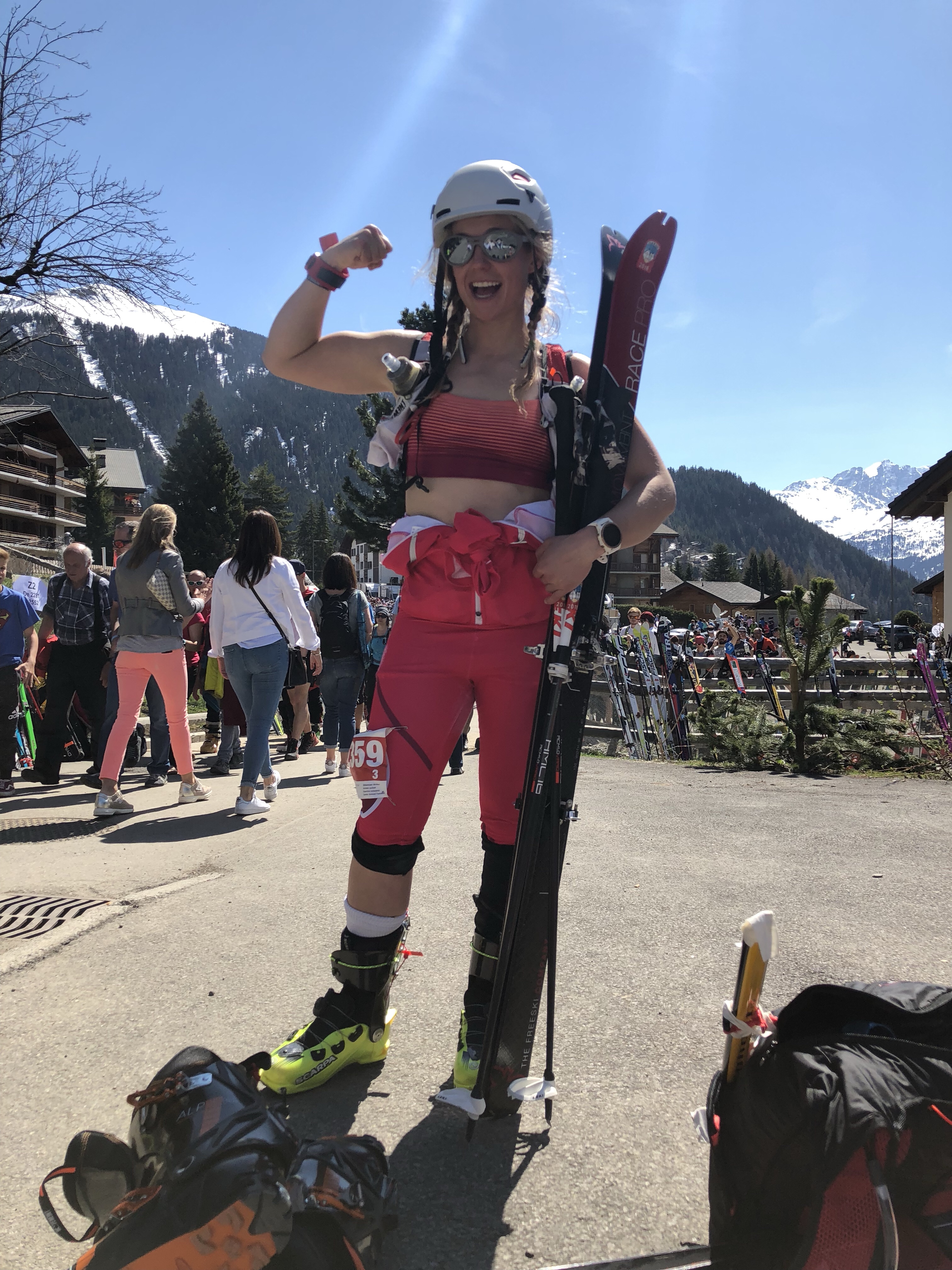 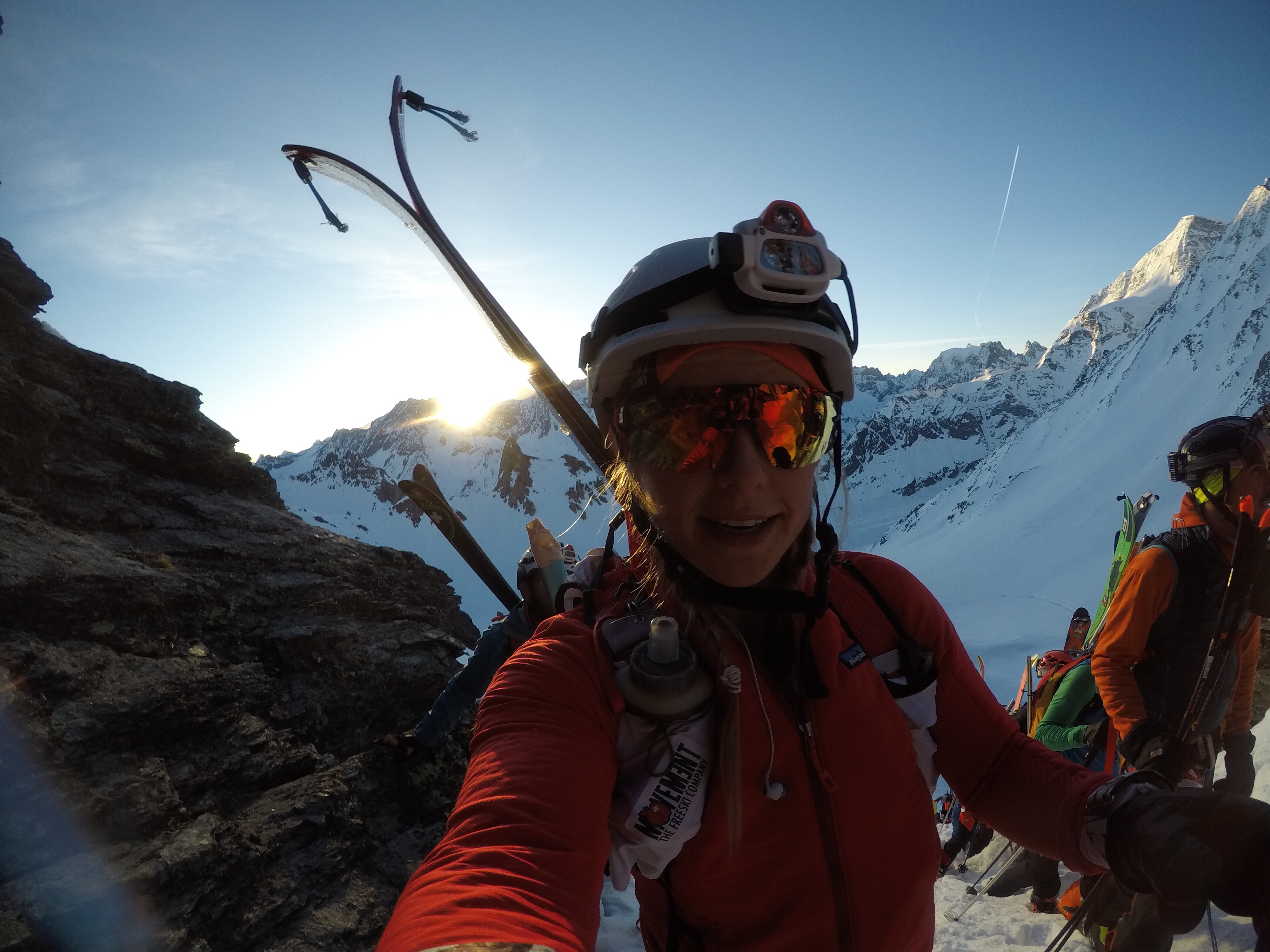 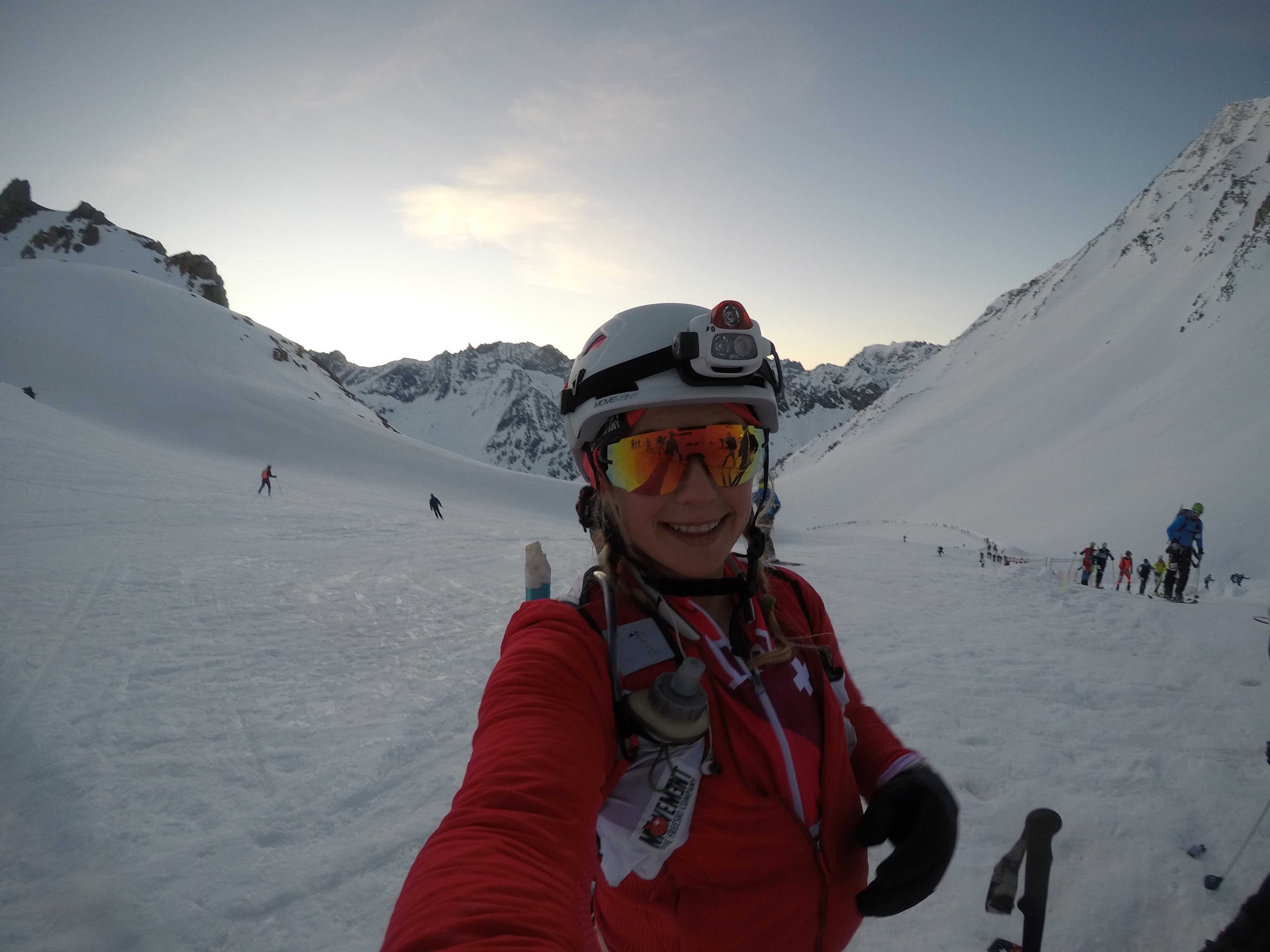