Barack Obama and the Bradley Factor

After a cruel and unusually difficult American National Government exam this morning (after watching a presentation on child labor…more on that later), I had to take advantage of an extra credit opportunity for this class: a lecture about the 2008 election with Kirk Jowers.  Mr. Jowers is the Director of the Hinckley Institute of Politics.  But more importantly for this discussion, he has advised more than 30 Republican congressional candidates and provided legal counsel to George W.’s 2000 presidential campaign on Electoral College issues.  He has worked exclusively in campaign finance, election law and government ethics arena and is the author of several books.

He began the lecture by saying he had a fun job today–to talk about the most exciting election in U.S. history.  And he cut right to the chase and concluded that there is nothing McCain can do to change his trajectory and that unless something totally beyond our imagination occurs, Obama will be our 44th president.

Mr. Jowers continued to discuss the battleground states and how they have shifted in the past month as McCain became more defensive and Obama took the offense.

“As the bottom dropped out of the stock market and as Palin went from ‘who’ to ‘wow’ to ‘woah…’ McCain started to tank along with the economy,” said Jowers enthusiastically, as students audibly laughed.  Obama now has a 17 point lead.

During the Q&A period at the end, I had to ask Mr. Jowers about how much he thought we would see the Bradley effect in this election, among both citizens who have already voted and among those who are still yet to vote.  The Bradley effect is the latent racism still apparent in our country and in politics in general, when voters will say that they will vote for the black candidate when polled because they don’t want to sound racist, but then they change their vote in the secrecy of the booth.  Mr. Jowers thinks that we are evolving and that the Bradley effect might be present in the southern states, but he doubts it will be enough to make a difference in the election.  So that’s good news!

Now, hopefully, it will begin to snow this weekend so we can go from this: 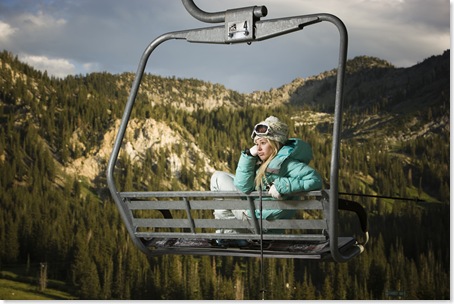 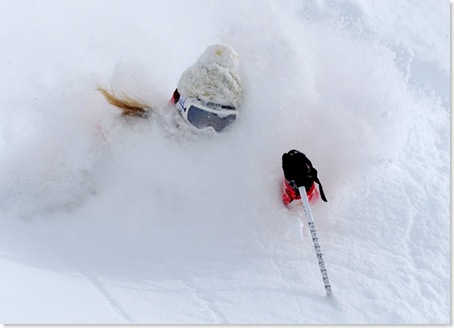 I had to include some eye candy to reward you for reading until the end of my post.

Sexual Scandals in the US Senate

I have a huge exam for my American National Government class tomorrow at 9:10 am.  We are going to be tested on the legislative, executive, and judicial branches and I have about 30 pages of notes that I’m supposed to have memorized.  On one of my study guides, my professor has a list of names of people on Congress and we have to know why they are important.  Two of them are Larry Craig (R-ID) and David Vitter (R-LA).  The significance here is that these two guys are ultra-conservative, religious Senators who are making laws for us, some of which involve ethical considerations.  But Larry Craig, who voted to support the Federal Marriage Amendment, (which prevents same-sex couples from having the same rights as heterosexual couples) pleaded guilty after getting busted while trying to have sex with a male police officer in the Minneapolis airport.  And Vitter’s name came up on a call list to a prostitution company, which he apparently had used many times.  I just have a hard time understanding why two of these creepy, hypocritical guys have been serving on our US Senate.

I know I can do better.  That’s why I hope you will support me in my quest for a Senate seat in 2016.  Everyone has different viewpoints on these sensitive moral issues, and we do not always agree, but I can promise you that I will not behave in this unethical, offensive way.

Also, to all my friends and family in California, please vote NO on Proposition 8, which would eliminate the right of same-sex couples to marry.  Please help protect the Constitutional rights of all people.

“Like freedom of speech and freedom of religion, the freedom to marry the person you love is an essential part of what it means to realize the promise of life, liberty and the pursuit of happiness. (ACLU online)”

This message has been approved by the 2016 Caroline Gleich Congressional Campaign.

My American National Government class professor, Tim Chambless, has been encouraging all of his students (with extra credit points) to attend many of the forums as the Hinckley Institute of Politics on campus.

As an aspiring politician and lawyer, I’ve been trying to attend as many as possible.  On Monday this week, I attended one on the current national (and global) economic situation.  The official title was “Views on the Current Financial Crisis: Depression, Panic or Bump in the Road?”

The discussion panel included Hans Ehrbar, an associate professor of economics at the U who holds a Ph.D. in both math and economics, Lance Girton, another professor and former staff economist at the Board of Governors for the Fedreal Reserve, and Tishun Deng, the chief China strategist at Goldman Sachs.

Overall, the debate was lively and incredibly informative.  Up until this point, I had been convinced that the $700 billion government bailout was necessary in order to prevent another Great Depression.

However, Hans offered a great perspective.  He urged us to look at this crisis in conjuncture with another looming crisis, the mother of all crises, climate change.  He thinks we should be engaged in a crash program switching to mass transportation and energy consumption.  It’s not being done because in our economy, such a switch is too painful.  But we cannot continue on a path of high fossil fuel usage.  We need to respond to climate change.  We are heading to other environmental breaking points: overfishing, food insecurity, natural disasters, diseases.  The financial crisis is only one of a series we are facing in the next decades.  We need to embrace this partial breakdown instead of resisting it and use taxpayer money to jumpstart the economy in the right direction with renewable energy.  If the Wall Street assets are so complicated that they can’t be regulated, they must be wiped out.  The debt overhang is depressing our economic activity.  We must reform politics to include: single payer health care, bankruptcy reform, green job initiates, public funding for renewable energy research, nationalized reform for businesses that are to big to fail, and electrification of our railroads.  This is what we should do we the $700 billion dollars instead of throwing good money down the drain.  This partial breakdown is our only change to remove barriers for the next generation.

For me, I really enjoyed getting a fresh perspective on this and was surprised to hear this from an economist.  Stay tuned for more updates from these lively debates and discussions.